skip to main | skip to sidebar

By Robin Hicks | 6 July 2010
How valuable to human life is information? Well, in Finland it is now a basic human right - like food, shelter or clean water. Every citizen and business in the home of Nokia should - by law – be granted access to broadband internet services, the government decreed on July 1st 2010. Should Asia follow suitPHOTOS
Ninety-nine per cent of all households in the country of 5.3 million people already have broadband access of at least one Mbps - so the policy is a realistically achievable goal. But what about Asian countries where internet access is still limited?For Fins, a “reasonably priced and high-quality broadband connection will be everyone’s basic right”, Minister of Communications Suvi Linden said last week. Service providers must be able to provide every permanent resident and business to a connection with a speed of at least one Megabit per second (Mbps).
In Indonesia, internet penetration is around 13 per cent. Some 30 million users have internet access, but only 500,000 have broadband. The Commissioner of the Indonesian Telecommunications Regulatory Body (BRTI), Heru Sutadi told FutureGov that while the idea of universal broadband access was “interesting”, meeting that goal was a huge challenge.
“If we talk about human rights, we’re talking about basic needs. I agree that access to information is a basic need, but first we need basic infrastructure – and that includes ICTinfrastructure,” said Sutadi.
Indonesia’s policy on information access has recently shifted from a “universal internet obligation” to a “broadband obligation”, he explained. “We want to realise two ambitions: not only telephony and internet access for all Indonesians in all towns and villages, but universal broadband internet access.”
In Thailand, internet penetration is around 25 per cent (16 million users) and there are under one million broadband subscribers. Jirapon Tubtimhin, Director of Government Information Technology Infrastructure at the National Electronics and Computer Technology Center, told FutureGov that universal broadband internet access is a key part of Thailand’s ICT2020policy framework. But he admitted that this was a “very challenging” objective.
“Over the coming decade, much attention will be paid to empowering civil society, particularly in education and career development,” he said. “Broadband will play a significant role in achieving this. But we have been careful to incorporate ‘inclusion’ as a key part ofICT2020. A broadband internet network must make access equally possible for the smallest village in the most remote part of the country.”
For this to happen, there must be a concerted effort from the very top, Tubtimhin insisted. “Broadband internet access for all is only achievable if supported by stringent government policies, by law, or at the highest level of constitution. Only then can broadband access be granted a basic human right.”
In China, the number of broadband internet connections reached 346 million in May 2010, but overall internet penetration is still relatively low - at 29 per cent. Wang Fengming, Deputy Secretary-General of Hengshui City Government in eastern China, told FutureGov that while he believes that internet access should be a basic right, much investment is needed to make broadband financially viable.
“Of course using the internet should be a basic human right, but for all of China to get free access is not realistic at the moment,” he said. “China is still very much in the developing stage of its ICT journey, and to push on requires massive investment to make broadband financially viable.”
Penulis: Unknown Tidak ada komentar: 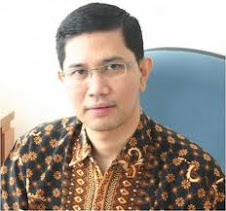 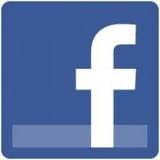